At the protest today outside New Scotland Yard, I noticed something interesting. One of the things City of London Police have done since the G20 debacle is attempt to make officers more approachable and identifiable by adding a name-badge to their uniform. As you can see in the following photos, it's worn on the chest, and if you're in a public order policing situation it can be handily covered with either your walkie-talkie or your fluoro jacket - even if you're the man in charge. So, much the same as shoulder numbers in the past, it doesn't look like these badges will be much use to anyone who's been slapped around the head with an armoured gauntlet or a baton lately. 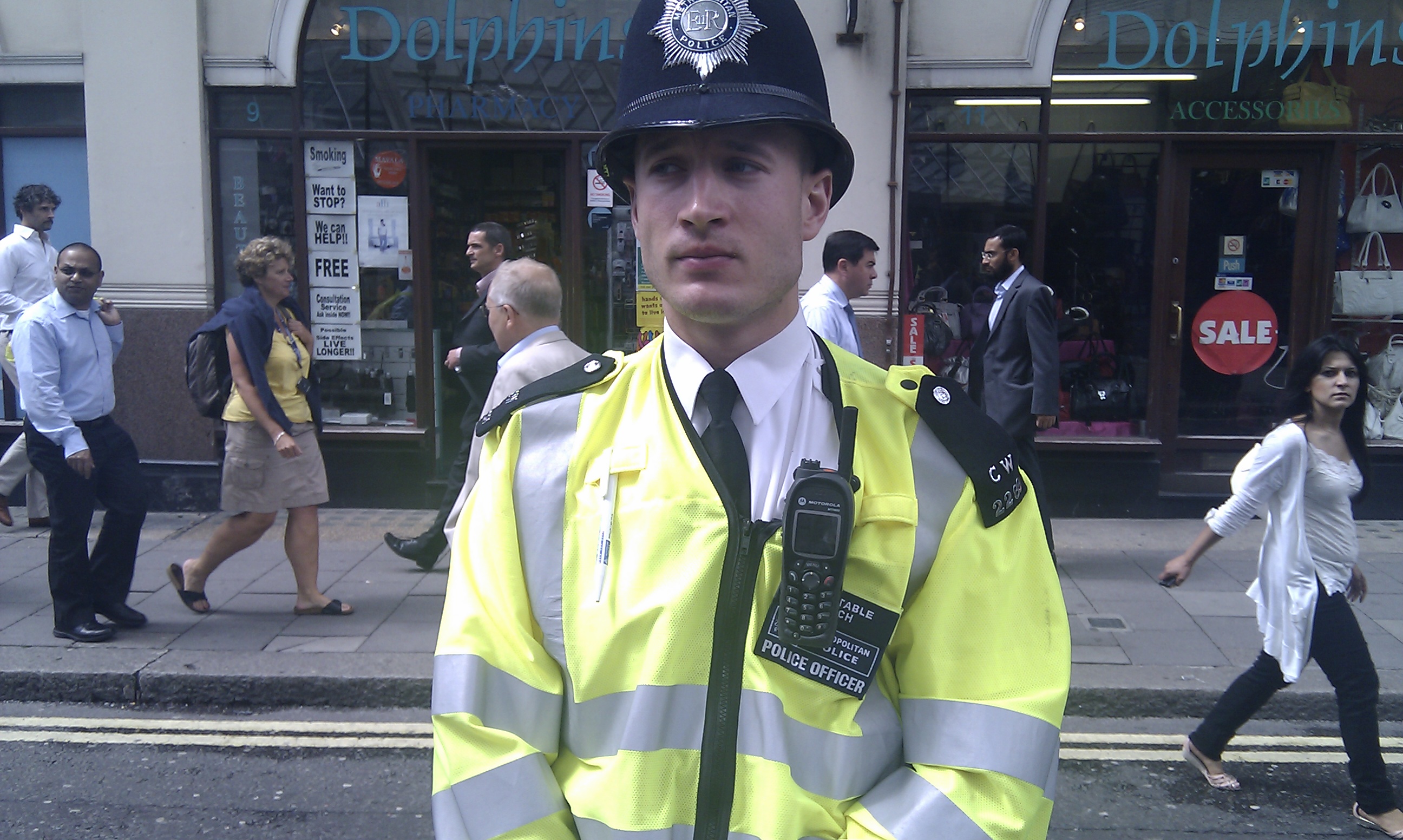 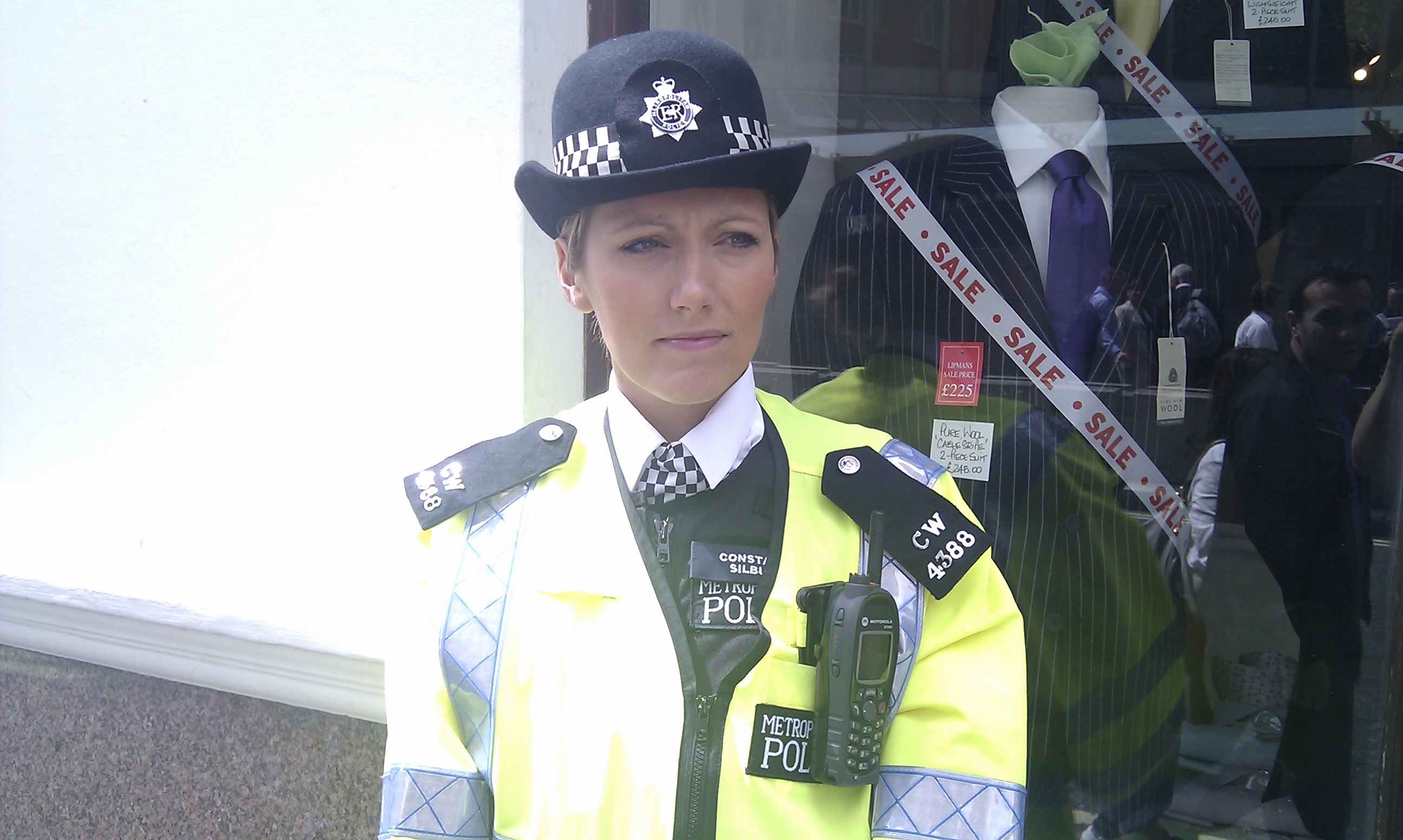 To her credit, Constable Rice (below) hadn't entirely covered her name badge up - although possibly she hadn't realised she was wearing two. Let's give her the benefit of the doubt and say 'thank you' though - without her sterling effort, we wouldn't be sure what a whole badge looks like. 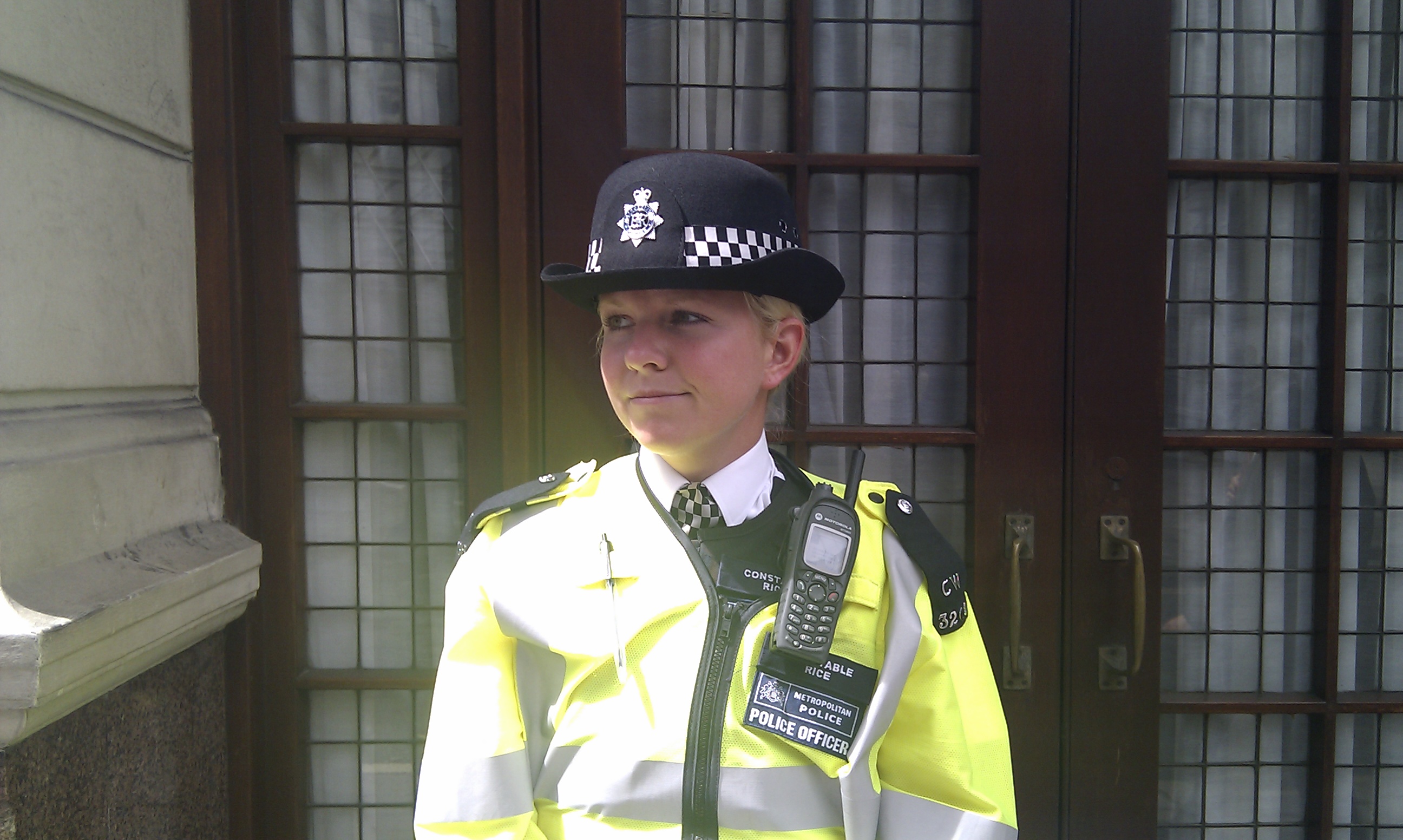 The demo itself was peaceful, unsurprisingly... I'd go so far as to say 'dispirited' even, that's certainly how I felt. It's hard to say what you do next, when two separate video angles and two independent autopsies all make it plain that Ian Tomlinson was assaulted by a police officer, leading to his death shortly after, and yet there is 'no case to answer' according to the CPS. Until a police officer shoots an MP in the head live on TV, we should probably expect to see them retain their 'zero for 1000+' prosecution record for killing members of the public over the last 50 years.

Speaking of 50, I'd estimate here were just short of 50 people in attendance at the protest when it started - not counting spectators, police (who had about 8-10 people there initially, but soon realised they weren't needed) and news crews (who were still arriving in ever-greater numbers when everyone else was leaving around 2pm. If you see the event on the news and there are about a dozen people there, that's because half of the news crews turned up at the end of our lunch-breaks - perhaps they were busy with lunch themselves.

This article can be found online at the Police State UK website at the following bookmarkable URL:

This article is copyright 2010 denny - please ask for permission to republish or translate.